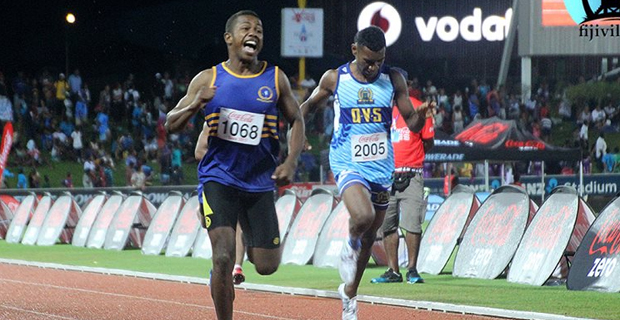 Kameli Sauduadua Ravuci is probably one of the fastest 400m runners in Fiji to have graced the Laucala tracks since the retirement of former Pacific champion Niko Verekauta. With an impressive 400m personal best of 47.47s, Kameli was an 800m specialist to begin with whilst competing for Tailevu North College before being recruited by Ratu Kadavulevu School in Taveuni where he flourished in both rugby and athletics.

Kameli first ever regional/international debut was at the 2016 Oceani Area Championships, Suva Fiji where he managed to win a silver medal in the Men’s Distance Medley final on a team that consisted of Shane Tuvusa, Banuve Tabakaucoro and Aaron Powell.

Since then, Kameli has topped the Fiji National Rankings in the 400m three years in a row, won numerous regional medals in the 400m and 4x400m relay at the 2017 Mini Pacific Games, 2017 Melanesian Championships and the 2019 Pacific Games.

Historically, Kameli teamed up with Aaron Powell, Samuela Railoa and Petero Veitaqomaki in the Men’s 4x400m relay team that made it to the final of the 2018 Gold Coast Commonwealth Games, Australia where they finished 5th.