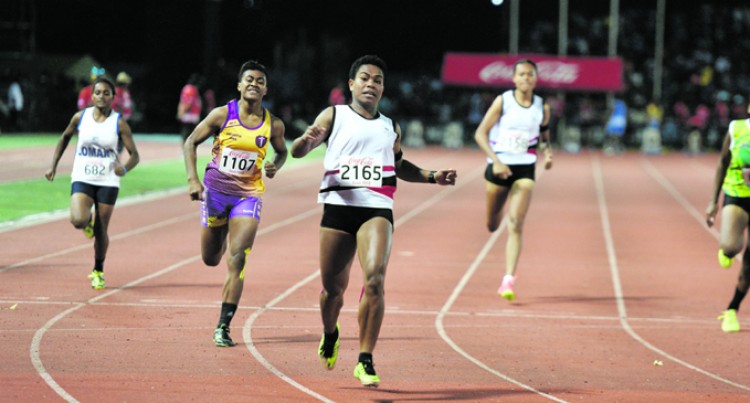 Most people will remember Makereta for her stellar performances at various Coke Games wearing either the purple vest for Jasper or the red, white, and black for the Waimanu Ladies in her latter years. But what many do not know is that prior to representing Jasper Williams as a second year Junior, Naulu first represented Uluivalili Secondary School in the 100m and 200m where she finished 5th and 2nd respectively back in 2014.

The Kubulau, Bua native then transferred to Jasper Williams after her 200m performance caught the eye of National Coach and then Jasper Head Coach Antonio Raboiliku.

Despite her success in the 100m and 200m whilst at Uluivalili, Mr. Raboiliku believed that her talents would be best maximized in the 400m and the 4x400m relay. A year later Naulu stormed the Laucala tracks in the yellow and purple colors of Jasper Williams amassing 3 golds in the 200m, 400m and 4x400m relay.

The 400m proved more beneficially to Naulu then it did for Jasper Williams, it provided Her with a much stronger base and platform to run a much stronger 100m. The following year, Naulu made her first ever Regional/International debut representing Fiji at the 2016 Melanesian Championships where she ran an impressive wind legal 11.94s in the heats of the Open Women’s 100m. She went onto the final to win a bronze medal in the final behind PNG’s Toea Wisil and Australia’s Emily Coppins.