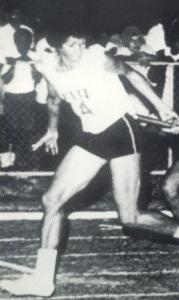 In 1958 she took time off from athletics to get married and have a family. Six years and four children later, in 1964 Torika returned on the tracks and walked her way into the Fiji Athletics Team to New Caledonia in 1966.

In New Caledonia for the second South Pacific Games, she was in an unbeatable form, winning a gold medal in 100m in a time of 25.3 seconds, a gold medal in 4x100m relay and a bronze medal in the long jump with a jump of 5.09m.

Her 100m Native record of 12.0 seconds set in Suva on 19 November 1966 still stands at the time of her induction. Perhaps Torika is best remembered for her achievements in Noumea in 1966 where she was dubbed `Fiji Flying Housewife’.