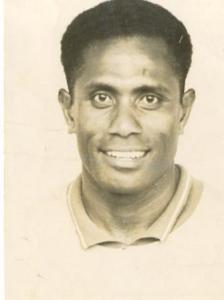 Viliame Liga was the dominant force in javelin in Fiji for 20 years and was one of the region’s greatest Javelin throwers in the 60’s and early 70’s. His National Record of 72.09 metres, set in 1966, stood for more than 20 years, and may well still be standing, were it not for a change in the javelin in 1988.

Viliame Liga’s record is evidence that he was one of the greatest athletes Fiji has ever produced. After his retirement in 1975, he continued to provide advice and encouragement to young athletes, and was a tower of strength to athletics in Fiji. Liga passes away in Brisbane in 1986 at the age of 54.