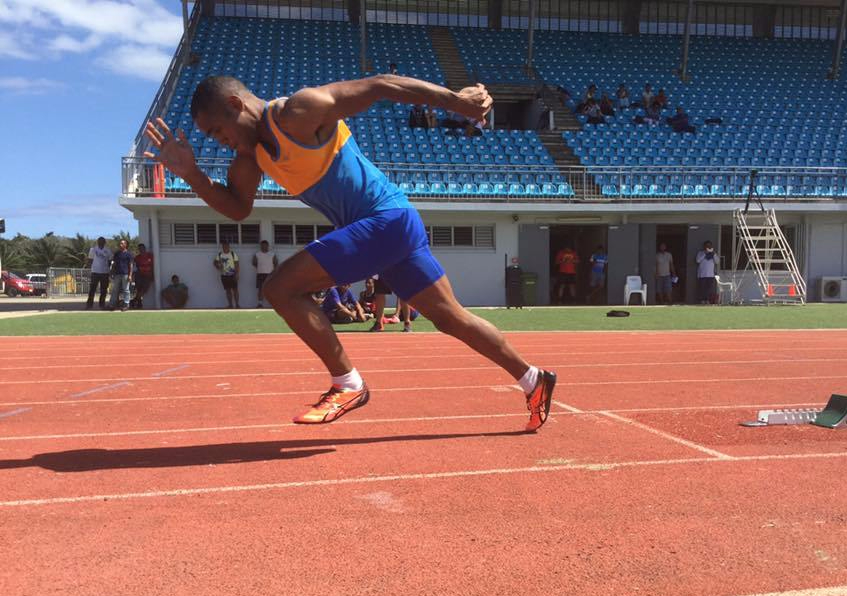 Samuela Railoa, a name not familiar with Athletics Fiji enthusiasts however he’s an athlete who’s definitely forced his way to the top of Fiji sprinting in the last two years. The Votualevu lad stamped his mark in the early stages of the 2017 Athletics Fiji season with impressive national rankings of; No. 1 in the 100m, No. 2 in the 800m, No. 3 in the 200m and then later running a 48.13s at the Oceania Championships to win a silver and also improve his 2017 national ranking to a No. 1 in the 400m ahead of Sailosi Tubuilagi. The self-coached, PE teacher from FNU surprised everyone with his all-round sprinting prowess by dominating almost every single Athletics Fiji organized competition this year and taking out all the first place finishes in the sprint events at the 2017 Athletics Fiji Grand Prix. With his unorthodox running form, Samu anchored the Senior Men’s 4x400m relay team to Oceania gold in an epic show down between traditional rivals PNG during the 2017 Oceania Championships. With the absence of pacific sprint king Banuve Tabakaucoro, Railoa is a name fastly becoming synonymous with Fiji sprinting.