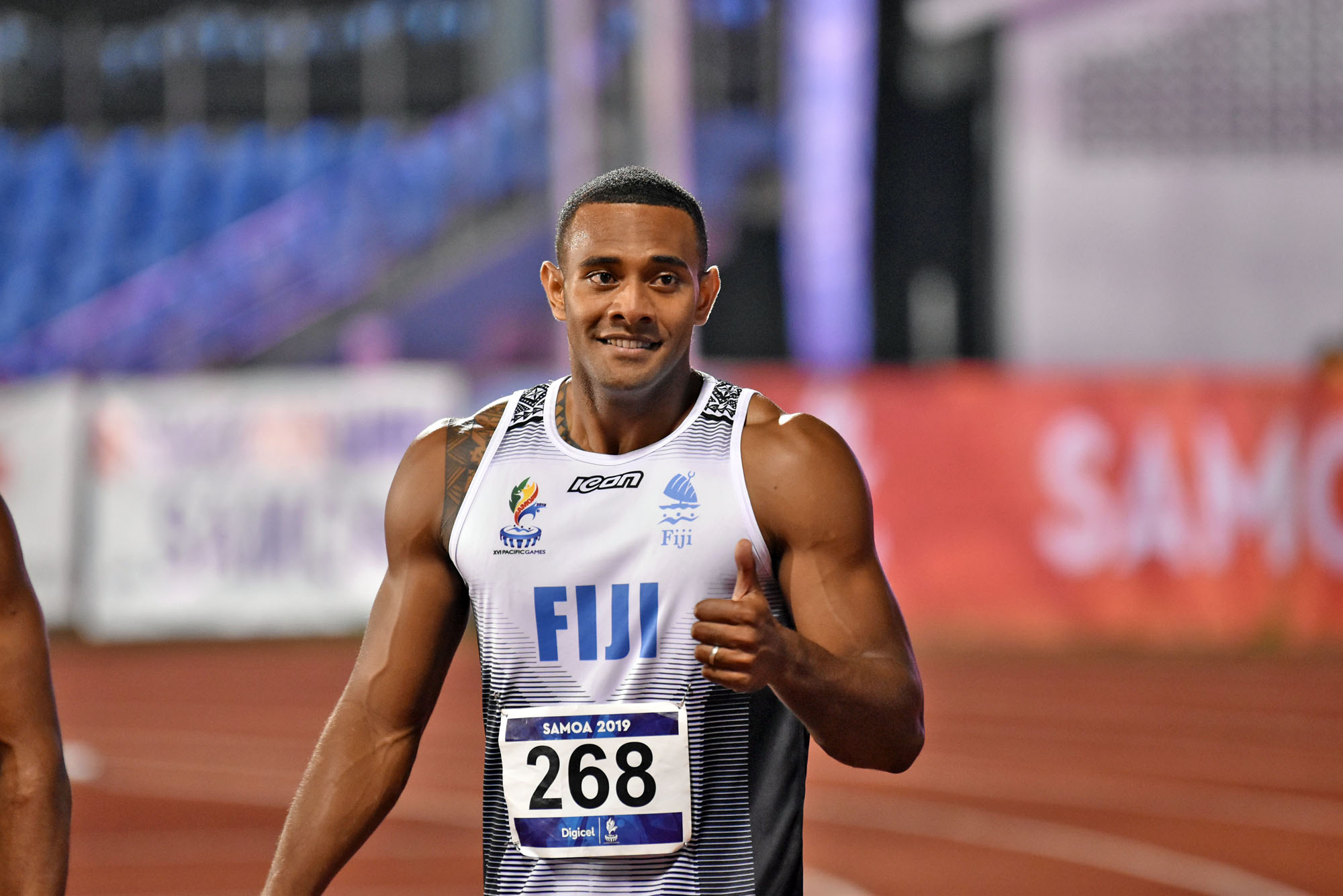 After failing to qualify for the Rio Olympics in 2016, Banuve switched up his track spikes for rugby cleats where he played for the Silver Water 7’s team, Police 7’s team and later pushing himself into the Fiji 7’s team to the 2017 Mini Pacific Games. Unfortunately due to the negligence of the FRU’s trainers and physiotherapists towards Banuve’s knee injury that he sustained during the Mini Games, he was forced to return to his Athletics Club coaches and trainers who spared no resource in getting his knee back in shape.

Banuve spent the whole of 2018 rehabilitating his knee injury and getting back into running form. In his absence, Athletics Fiji saw the rise of Samu Railoa and Aaron Powell to claim the stakes of Fiji’s fastest males over 100m in 2017 & 2018 both averaging around 10.80s and 10.90s in the 2017-2018 Athletics Fiji regular season. Possibly the slowest era in sprinting history in Fiji. Then in his first race back in September, 2018, Banuve ran an impressive 10.83s and then further dropping it down to 10.60s in his 2nd race of the season. He was back!!

Banuve continued to impress coaches and selectors over the season as he solidified his spot on the team to the 2019 Pacific Games in Apia, Samoa where he slashed the Pacific Game’s record in the 100m final in a time of 10.31s. He completed his sprint double/triple after winning the 200m and anchoring home the 4x100m relay ahead of Samoa’s Olympic hopeful, Jeremy Dodson. Banuve became the first Pacific Islander/Fijian Sprinter to have won the 100m & 200m for 3 Pacific Games in a row AND POSSIBLY the only Fijian Athlete to make a come back after a 2 year absence from the sport and still perform at an exceptional level.