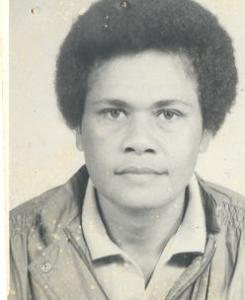 As a young child in Nadroga, the 1998 inductee used to be seen hurling sticks or throwing stones. This humble beginning blossomed into a full – blown career in athletic field events, specialising in discus and javelin.

This athlete has a very impressive record which includes:

During the 1983 National Athlete Championships in Suva, she set a Fiji record of 47.76 metres in the discus and in the 1987, again in Suva, set a javelin recode of 53.18 metres. Both records still stand at the time of her induction.

This outstanding athlete retires from Athletics in 1991 after 22 years of being the best athlete in the South Pacific Islands in her chosen discipline, having won 3 gold, 4 silver and 2 bronze medals during her period.